A Large Crowd gathered at Flempton Links to witness a battle of two great champions of the game. Harry Vardon (Oxley GC) and Edward Ray (Toteridge GC) Both of whom are multiple Open Championship winners with many other prestigious honours to their names.

The weather could not have been better, and both players remarked on the excellent condition of the course considering the drought the previous summer, also that it was an interesting course.

The match in the morning between the two champions was productive of some very skilful play. Vardon started well and his putting brought forth much applause. Ray made a wonderful recovery shot at the 7th and they were all square at the 13th, but Ray made an exceptional putt at the 16th and went 3up with 2 to play. The final scores Ray 74 / Vardon 81 (Ray losing two shots for hitting out of bounds)

It should be noted that Mr Cannon has entered the Amateur Championship as has Col H. E. Hambro (Flempton GC) who was to have played in the exhibition but was unfortunately engaged elsewhere. Afternoon Tea was catered for by Mr Frank Taylor Of the Golden Fleece BSE.

Vardon & Ray Talking As They Walk Off A Green 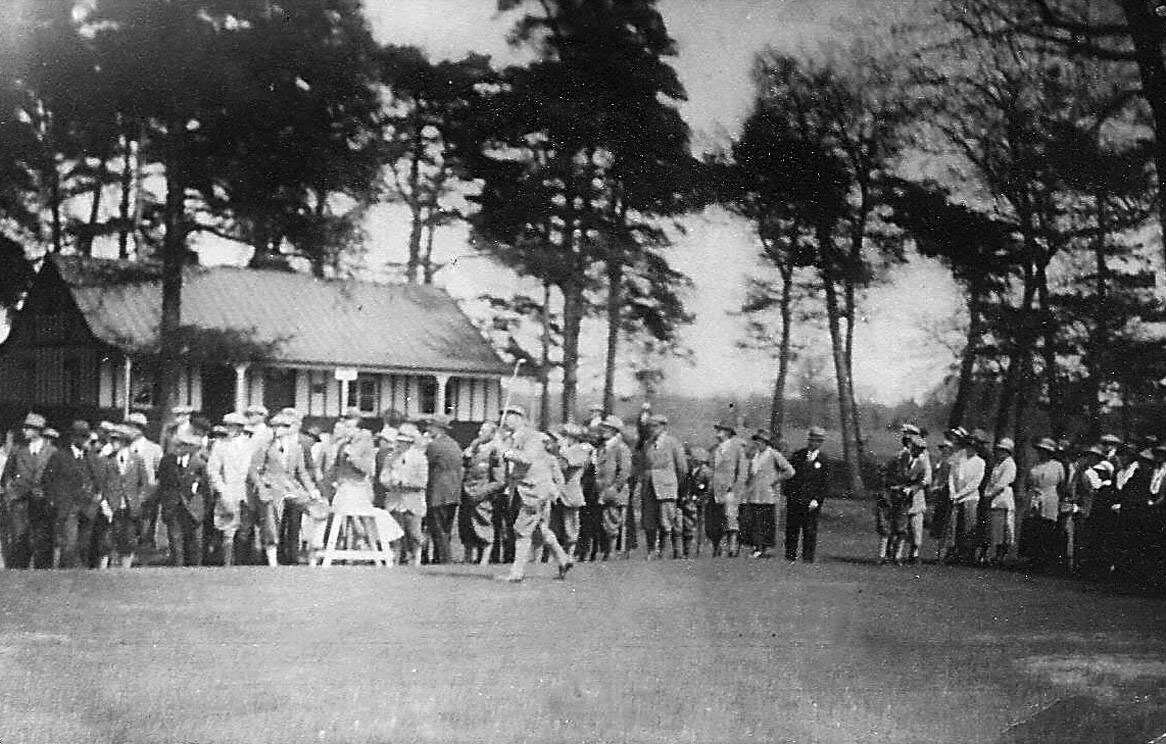 Vardon Teeing off the 1st 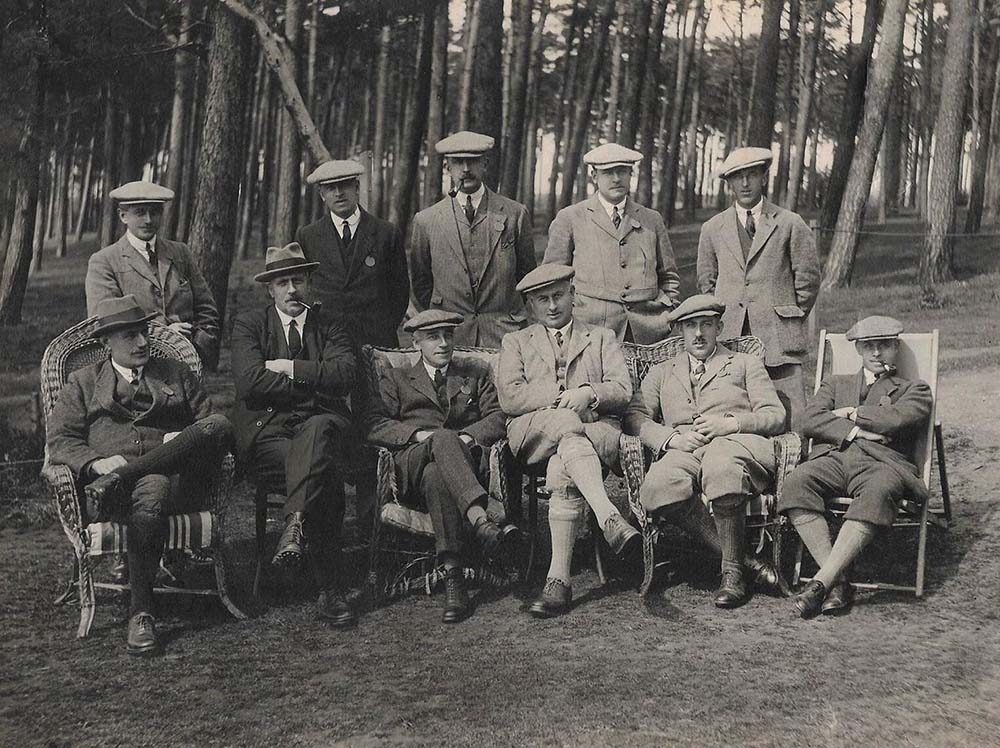