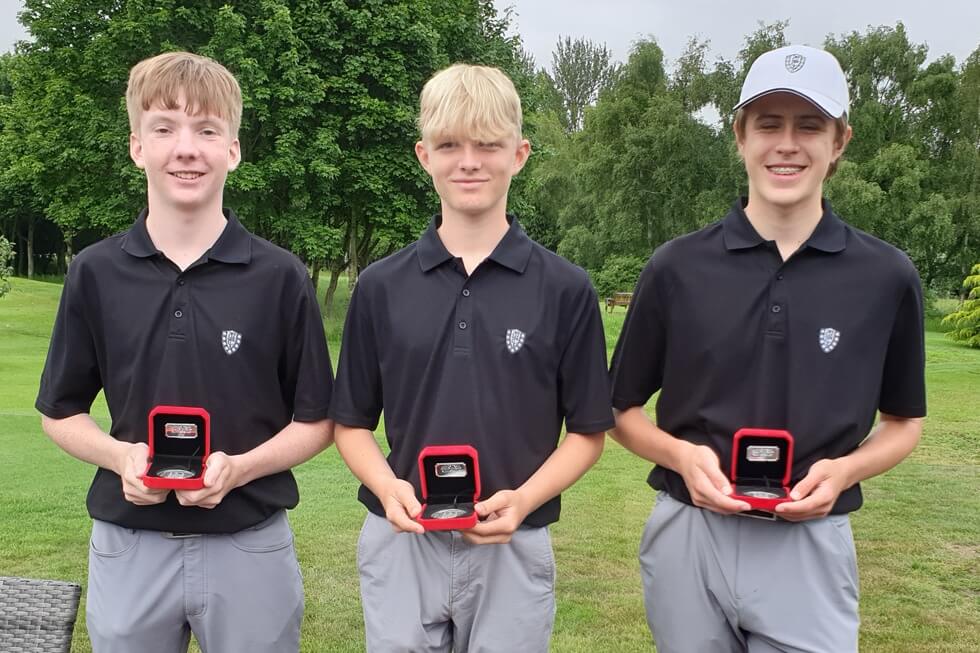 Representing Flempton GC in the Suffolk Junior Team County Final on the 19th June (L to R) was Ben Mason, Jack Rust, & Adam Waterman.
In earlier rounds the trio progressed at the expense of Thorpeness (Bye), Bury St Edmunds (at home), and Felixstowe Ferry (at Ufford Park).
In the final on the 19th June they played Fynn Valley at Rookery Park.
The format was team stableford scoring and a tight contest went Fynn Valley’s way with 101 – 99 stableford points.
Congratulations to Fynn Valley Juniors and we wish their team well in representing the county in the National Junior Finals Day at Woodhall Spa later in the summer.
Once again well done to Ben, Jack, and Adam, for representing Flempton GC so well and only narrowly missing out on the National finals. Maybe next…