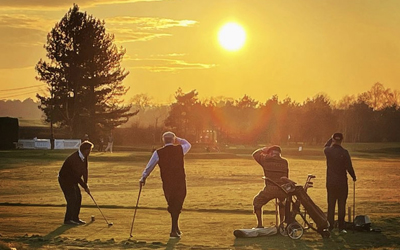 On on a gloriously sunny early spring day Flempton GC played host to the BGCS (British Golf Collectors Society).
A tightly contested match of four-ball better-ball with Sunningdale Rules was played out over the Sir John Wood layout with the club claiming the spoils by 3.5 points to 1.5 points on the day. The course was presented in excellent condition with the performance of the greens getting a special mention. It is hoped that the Match between the Club and the BGCS will become an annual fixture and it was very much enjoyed by all.
In recent years an enthusiasm for the hickory game and an acknowledgment of both the clubs and games origins have led to more than 10% of the clubs full playing membership to now regularly take to the links with hickory clubs. The course is perfectly suited to the hickory game, with its modest length and heathland fast running characteristics. The J.H.Taylor designed course can be appreciated as originally intended as players forgo the forgiveness of modern equipment. A half-set of hickory clubs asks the player to relearn the subtleties of how to play the course with adjusted landings areas,  and a premium is placed upon a players skills of both imagination in shot making and in execution of course management.
Any members that are keen to experience the game with hickory clubs – please note that there is an informal bi-monthly gathering of the clubs hickory players. For further details please email: AHC1895@icloud.com 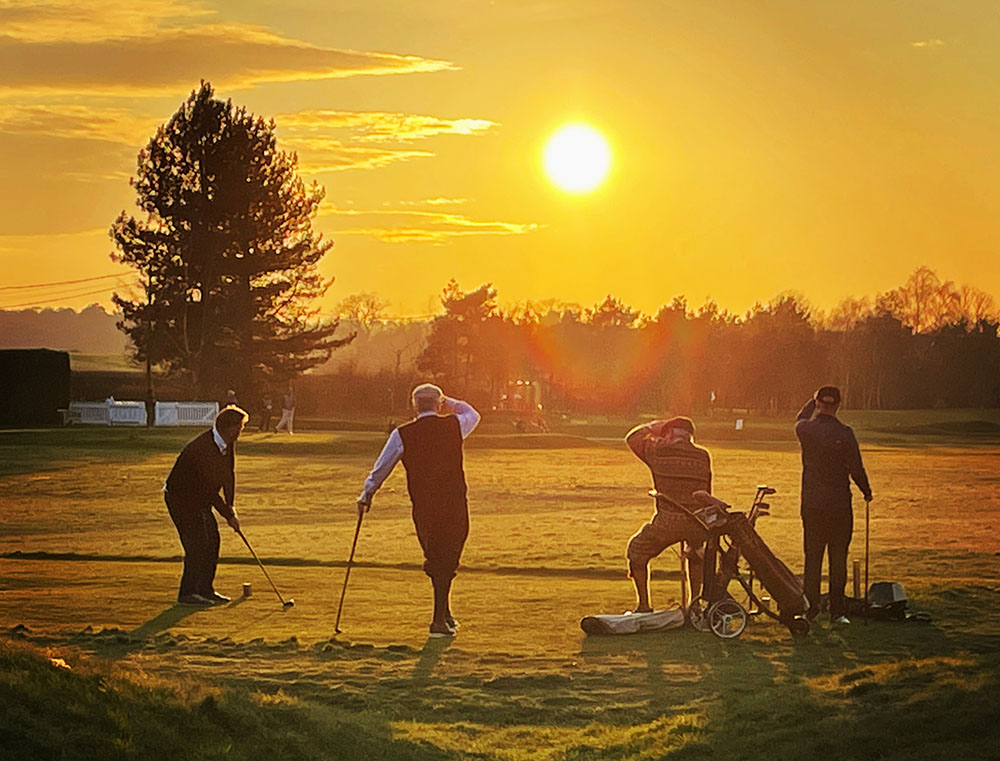 James Hurst & playing partners on the 9th Tee – who’s match finished all square on the day. (Photographed by Paul Severn)

Stephen Banthorpe drives off the 1st Tee in his match against the BGCS.